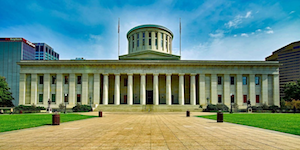 Join ODI as we sit down with the innovators behind Ohio’s nation-leading efforts to publish government financial data. ODI Director Sean Roberts will be live at the capitol in Columbus to discuss the legacy of Ohio’s open data implementation along with lessons learned and what’s next. Follow along on Facebook Live as we stream Sean’s discussion with Ohio House Representative Mike Duffey, Buckeye Institute Research Fellow Greg Lawson, and Deputy of Public Affairs for the Ohio State Treasurer Frank Kohstall.